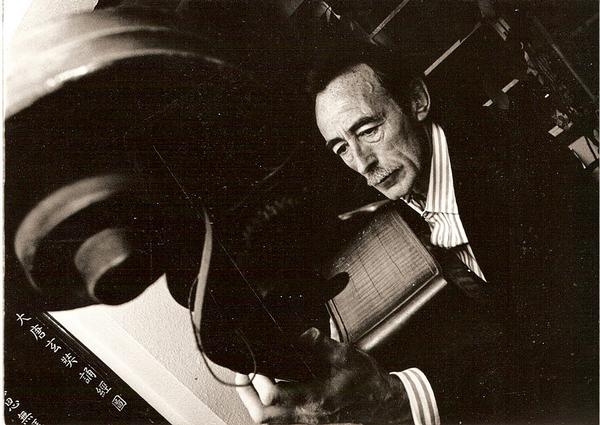 To the system you could be selling scrap iron or Rolls-Royces but you would still need the cartel to " work " on your behalf .

The problem with a commercially systematized and sustained art form is that it refuses to take into account anything other than cartel profitable enterprise. No matter who nor what, it's always going for the fast buck. That means that this particular industry absorbs some of the most socially primitive people in our societies. And whereas in general creative musicians have no need of "competitiveness". In the industry's administration the non creative but highly competitive scum will always rise to the top. Knowing and caring little about that which makes them secure for life. The social and technical "nuts and bolts" of the creation of music.

You would think that even the Great Orchestras have to rely upon arts councils and private sponsors to exist. But this is not the whole story. For the orchestras have an unfortunate ethic that relates to their vision of their own "importance". And in the UK the Great Orchestras have been emasculated by accepting what Mihra members define as bribery to keep silent on the Big One. The majority of the nations creative musicians' missing recording royalties and under such a non democratic monopoly, the grievous lack of government protection

The system only works for a minority of specialist and cartel aligned composers / arrangers / publishers and the TV / Radio linked and easily exploitable and taxable pop market.

The system has a history of being undeniably sexist, racist and ageist, it is supported by a anti-communicational and divide and rule philosophy that resembles Industrial Apartheid. Which does not permit musicians to make decisions upon the most vital economic-social ( eco-soc ) aspects of their own profession. The system also allows the cultural criminal element to work as their musically uneducated corporate whim directs and uses the many gaps that the lack of current international cultural laws that should be installed to protect not only "cartel copyright" but also the creator.

The system has not only emasculated the ethic of the Great Orchestras but also the UN Documentation on Copyright and the Berne Agreement. And the Spirit behind these august documents is now deleted.

Excluding public investment- or nationalisation, for creators this "star" based system is flawed beyond recovery. There are far more white collar administration staff earning steady finance, free vacations (and pensions) out of music than those responsible for its creation. Similarly to the slave trade, Its primary functions exist solely in order to keep a few author / composers and creative accountancy office based fat cats and their even less creative fat staffers secure and employed.

The industry does not exist on nor consistently reward merit. The system itself is responsible for over four decades of Industrial Apartheid and social injury. And for the majority at the creative end of the profession, it has to undergo radical change.