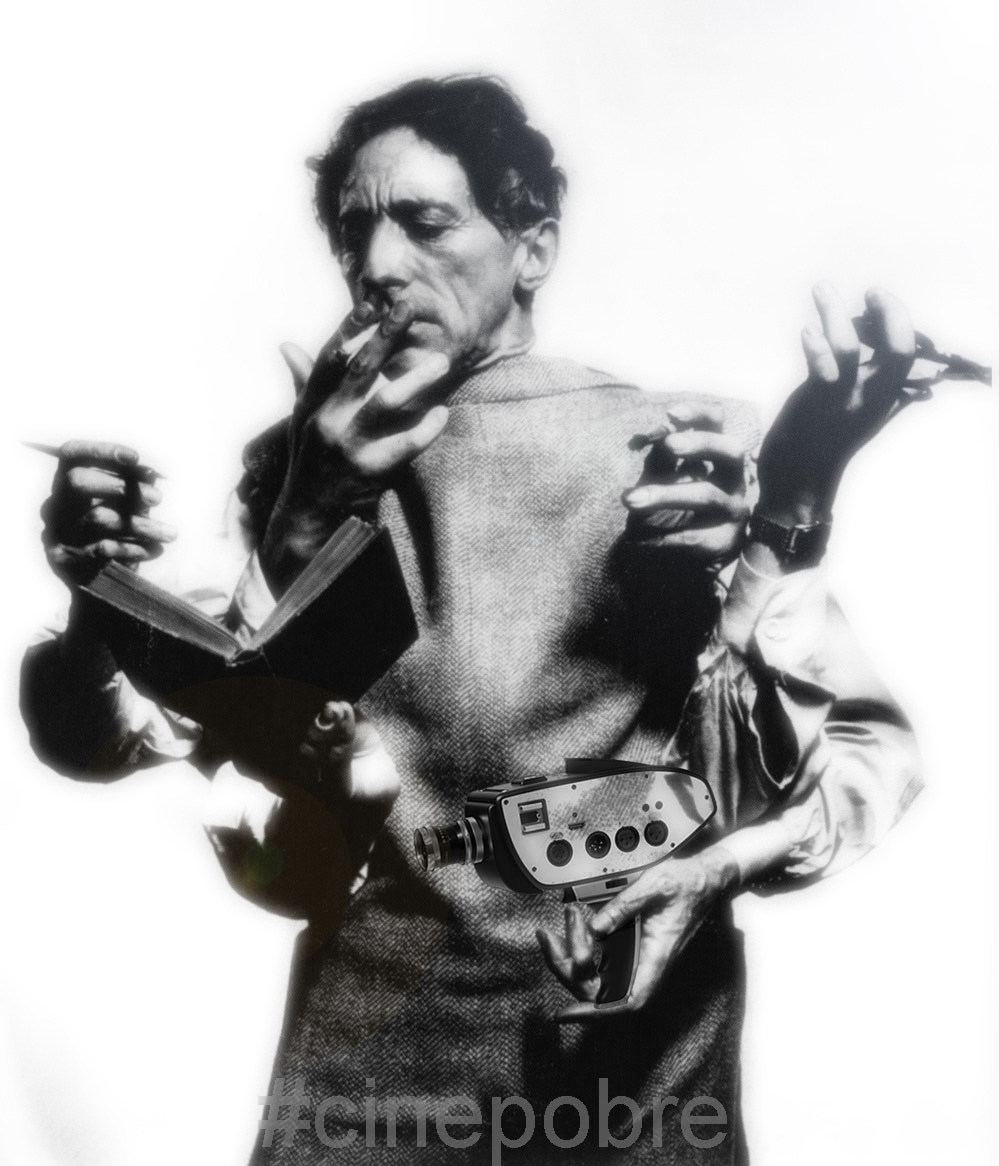 Cine Pobre is a self-funded filmmaking genre without a set of stylistic criteria nor format boundaries, involving many geographically separated creators with at least two things in common: a strong desire to tell our story and to do so with our own resources.

Launched in 1996 as "filmclub.com" to network Self-Funded Filmmakers #CinePobre as a cultural meme was floated and in 2002 defined by Roger Bunn and J. Michael Seyfert based on the musing of Jean Cocteau, one of the 20th century's most prolific artists, that

film becomes art only when its materials are as inexpensive as pencil and paper.

Cine Pobre proves there are more stories in the world, more eccentrics and visionaries, than there is film to capture them. Against all odds, we, the autonomous filmmaker go out with our cameras and a strong sense for justice. Autonomous means self-funded but not short in punch, because we somehow manage to document our world and society's ills and beauty in compelling stories.

Since the 2002 premiere in Mexico of the 1st Cine Pobre Film Festival "The World's Best Self Funded Films" the notion of Cine Pobre has been adapted, interpreted and transformed in several other countries.

In 2003 Humberto Solás founded Festival del Cine Pobre De Humberto Solás for filmmakers with "low" budgets up to $300,000 dollars, a communist state-funded competitive event in Gibara.  His noble efforts are soon betrayed and in 2017 the province of Holguin goes Gucci.

2009 Zero Film Festival rips off the concept and starts claiming to be the first and only filmmaker funded venue, what a bunch of zopilotes.